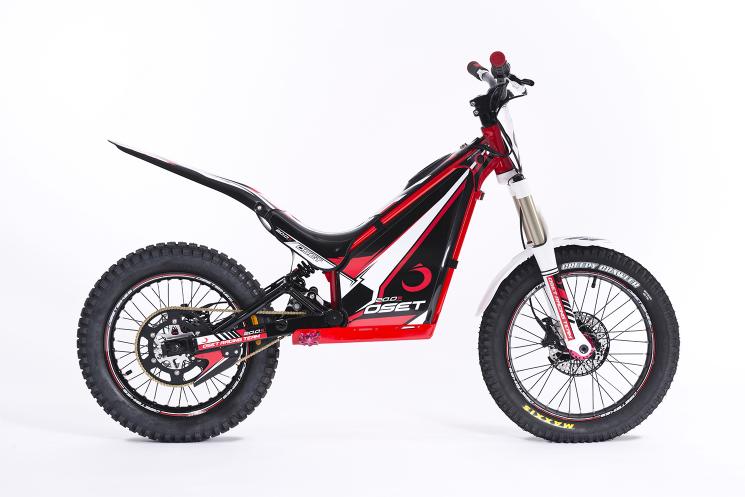 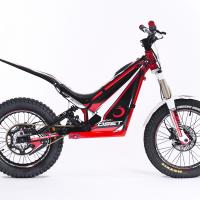 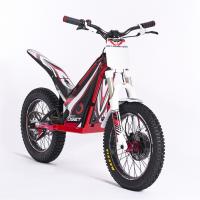 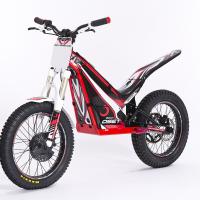 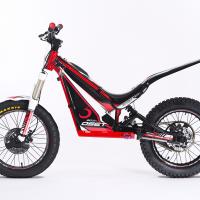 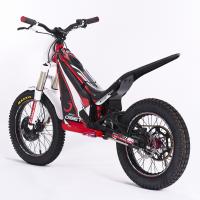 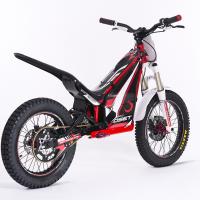 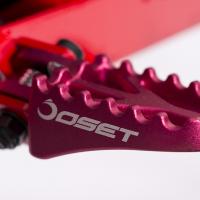 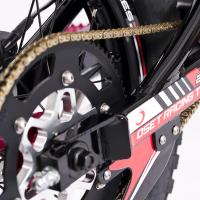 The 20.0 Racing is the machine of choice for riders interested in competing & ultimate performance. The power and response can be dialed for any riding style, while the fully adjustable suspension can be set up to suit rider weights and preferences.

Safety features are paramount. On on/off handlebar switch is easily operated by the rider, while the separate key switch is easily removable by the parent when it's time to take a break! The OSET controller has been designed for our exclusive '3 dial' system, which allows parents to easily adjust the characteristics of the bike. By simply removing the rubber bung in the 'tank' area, the responsible adult can adjust the speed, power and response of the bike. It can be set from a very mellow machine at walking pace and low power, all the way up to a competition level machine with maximum power. For those learning to ride, the throttle response can be set so the reaction of the bike to throttle openings is softened.

The OSET 20.0 Racing continues to dominate at UK National Trials events - against petrol powered machines. In 2013, 2014 and 2015 OSET bikes dominated the Youth 'D' Class National Trials Championship, taking all the top places every year and making up almost the entire entry. Petrol bikes are now a rarity, with OSETs the machines of choice. Entries are up, and standards are higher than ever - thanks to the OSET range of bikes. 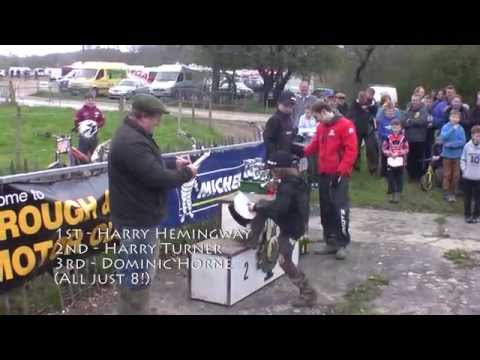