Trick in the sticks.

KYTC Oset Cup Championship Round 5 – Tricks in the Sticks

Sunday 26th September saw Round 5 of the Southern OSET Cup assemble at a new venue for KYTC at “Tricks in the Sticks” in Cranbrook. Massive thanks are due to Jason Pearce for arranging the land for us which we hope will become a firm fixture in the future.
For anyone looking for trials or enduro training, we would highly recommend the service provided by Jason and details can be found via his website - https://www.tricksinthesticks.co.uk/.
We had an entry of nearly 50 riders with over 30 OSET riders on a variety of machines represented in all classes except for the daunting expert route.
The Orange Small Wheels seemed to enjoy the terrain, especially the river section. The podium saw Oscar Berwick step up for the first time in 3rd and he was highly delighted with his first podium trophy. 2nd went to Oliver Camfield and the winner was the consistent Joshua Silvester.
The Orange Big Wheels saw a Silvester lock out with Oliver taking the win on his 20R. Second was Celeste Phipps on her 20R and third went to Freddie Stephens on his 20R. 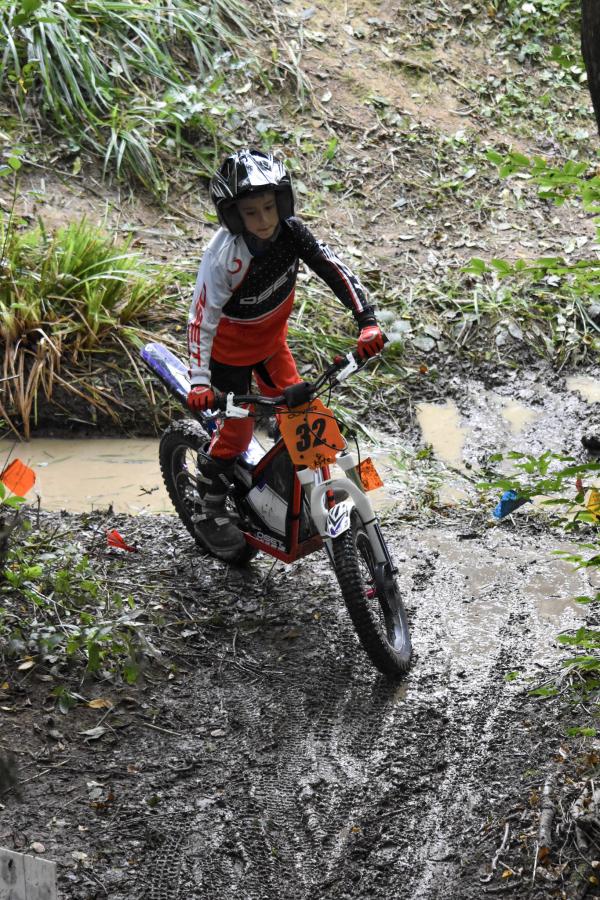 Oliver Silvester turning on the style.

The huge field of riders on the Yellow Route had a great variety of obstacles, again with a trip into the stream. In 3rd was Lilly Wright in her last go at Yellows before she moves up to Red Route to push herself in her National Campaign. Joint first was Nathan Blake on his 24R and the ever smiling Matthew Hann on his 20R. All 3 riders on the podium scored 5 points so it was very close!
On the Red route, a tricky combination of tight turns and river gullies saw a very technical trial. In 3rd was Luca Lovett on his 24R, second was Dino Hatzidimos on his 20R, and the winner was Toby Robertson on his 24R. 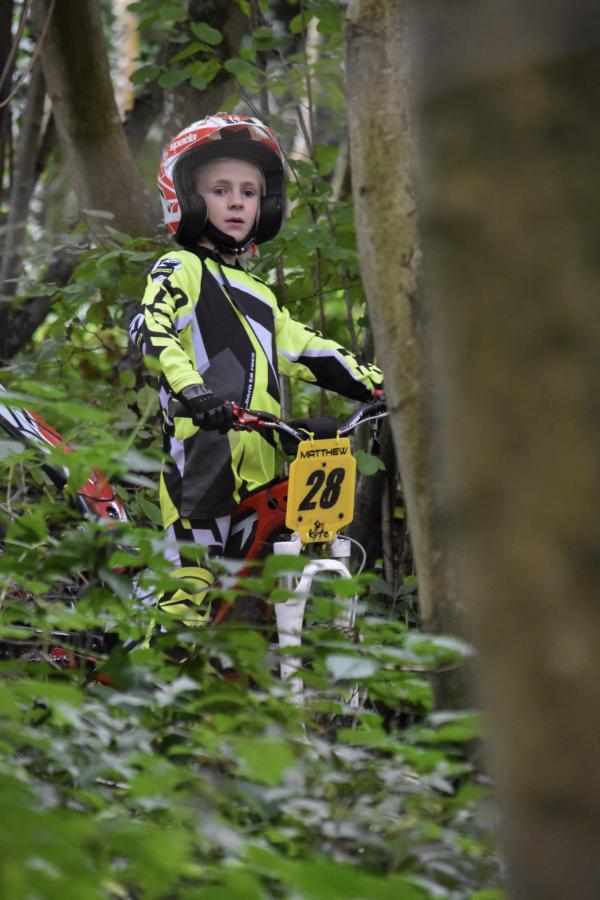 The Blue Route was mainly ridden by petrol machines. The winner again for the Oset Cup and the overall Blue route was Edward Mowat on his 24R against the petrol machines.
We look forward to seeing you all again for our next Oset Cup at Horsmonden on the 31/10/21. Watch out for those Witches ……… 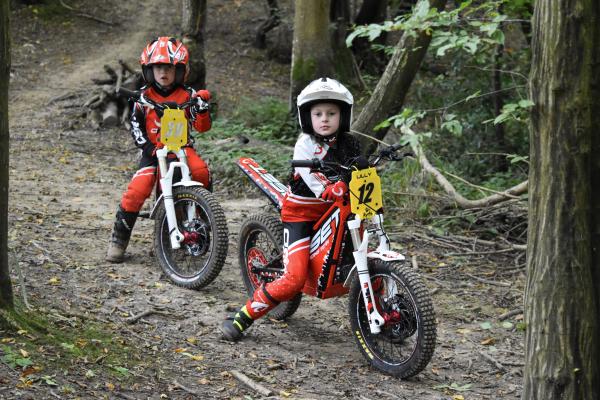 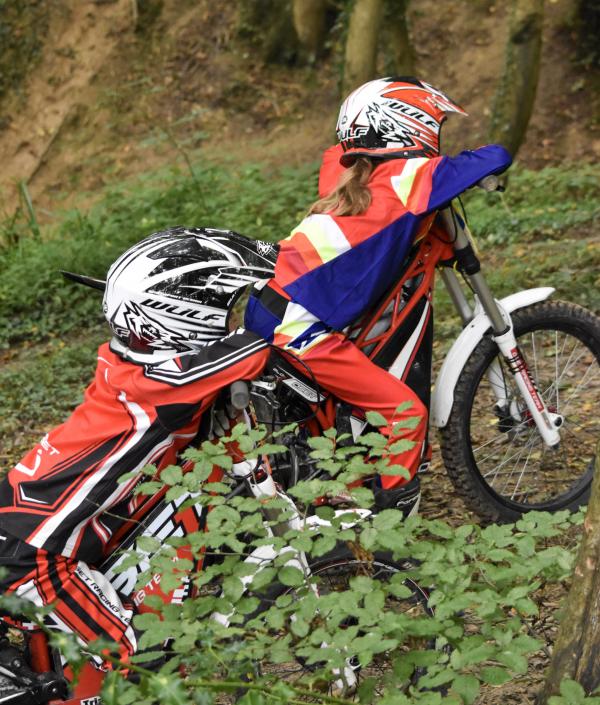 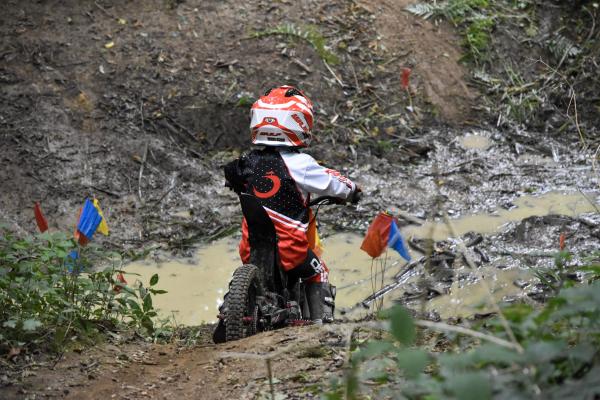 Mum will you wash my kit !! 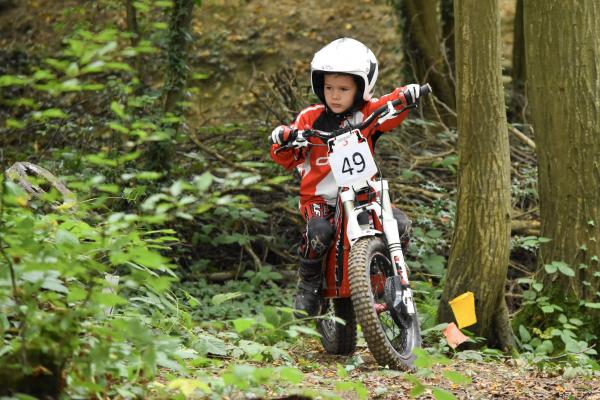 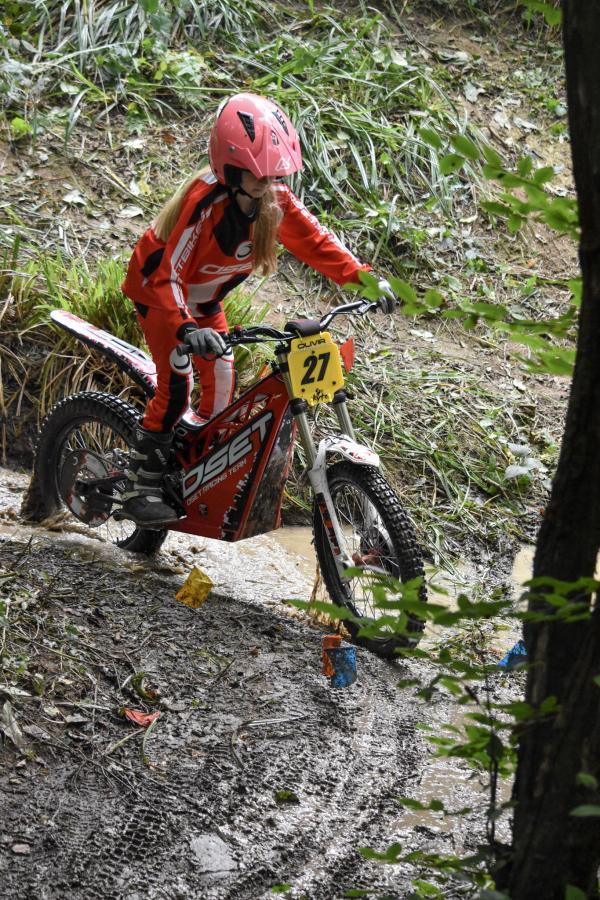 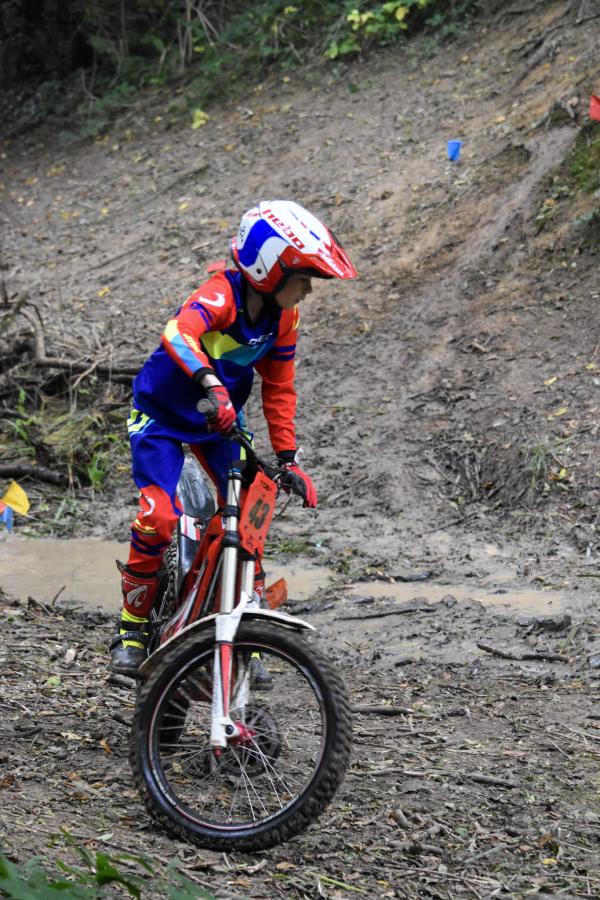 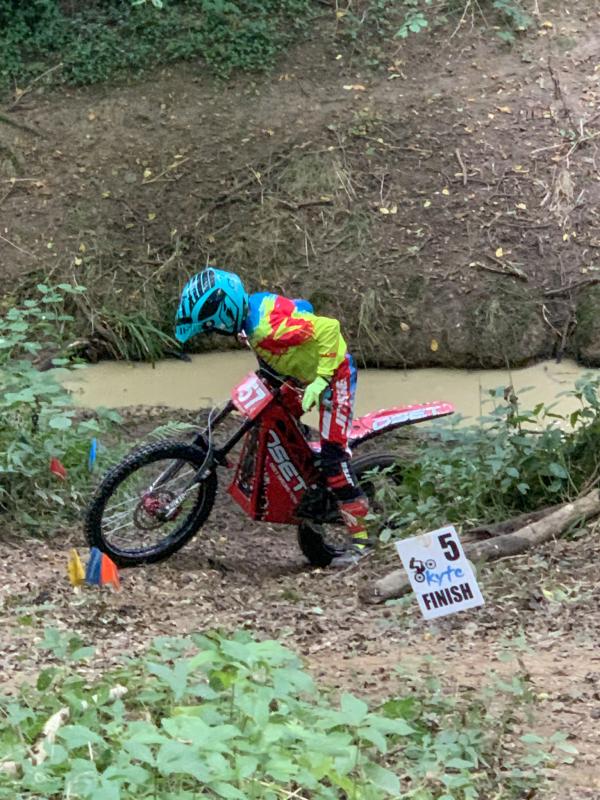 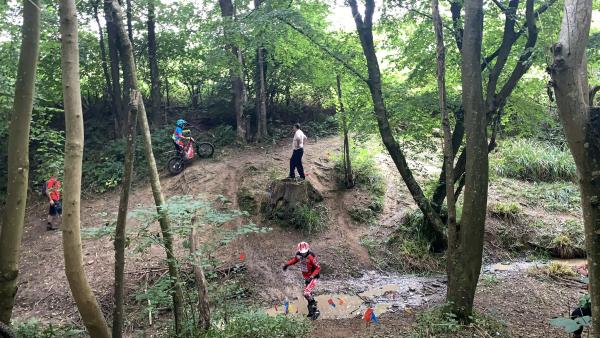