The only way is Essex

Braintree and District Motorcycle Club run its first ever “Essex Oset Cup” on Saturday 9th October. Held over the undulating North Essex hills of Beazley End just north of Braintree mixed with some man made logs and pipes strategically placed around this super trials venue. 8 sections to be covered over 4 laps was the challenge for the 26 young riders on the starting list. The little guys on the easiest White route headed off en-mass to section 1 to start their day and most completed the section without too much drama. The second section was a different story however as a steep drop and tight turn inside a large log was daunting for an adult let alone a 4 year old on a 12.5! Brave attempts were had but the only clean on lap one came from Maya Butcher one of 3 girls who competed very well and left a few of the boys scratching their heads!

In the "Pink" with Maya Butcher. 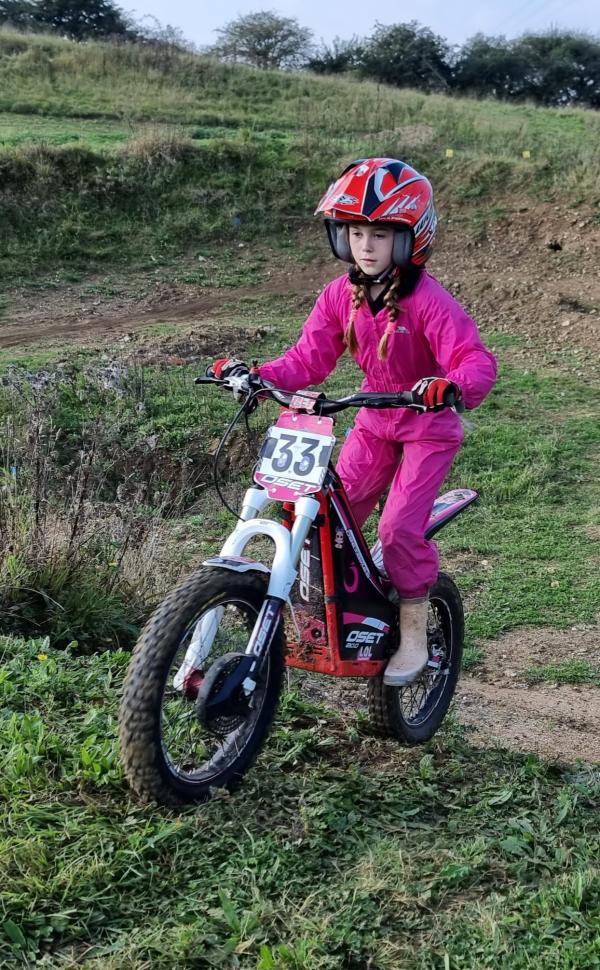 Much praise has to be given to young Josh Palmer who didn’t quite make the turn inside the log which resulted in a spectacular over the handlebar dismount – superman would have been proud and Josh wasn’t fazed and carried on with his mornings ride. Some tiny young lads making their trials debuts included Alfie Holmes, Sam Trevatt, Archie Woolgar and Oliver Norman (son of Eastern Centre Expert Tom).

Alfie Holmes a picture of concentration !! 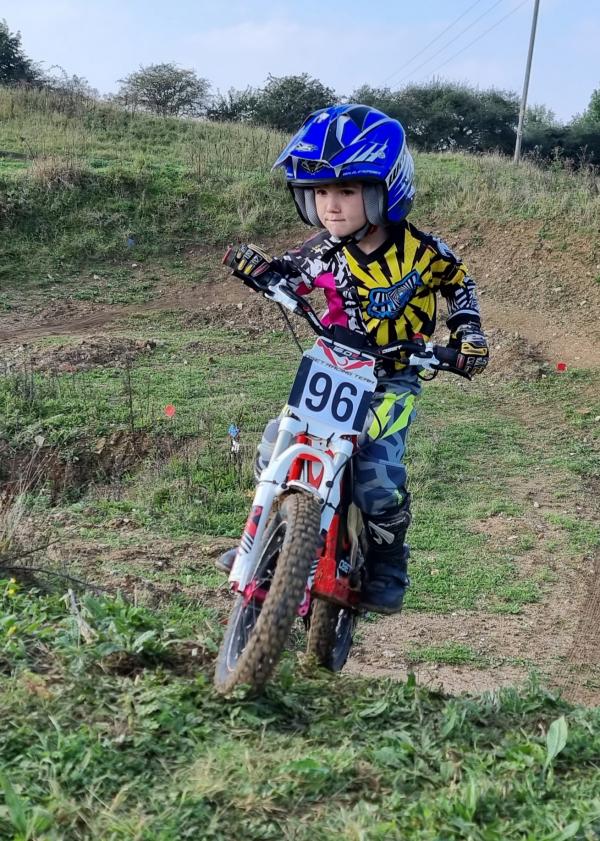 Come the end of the day though it was young Thomas Tidd who took the win on just 11 marks dropped all day -a quite superb result. Also on the white route Stanley Johnson earned a very special win in Youth D on his birthday! What a great present! Jorjana Fletcher again showed some girl power to take a win in Youth B. On the middle Red route the competition was extremely strong with all the riders showing superb skills on this harder route. Scores were incredibly close with Jasper Johnson pipping Reuben Green on a most cleans tie break for 2nd place with the win going to Toby Trevatt dropping just 25 marks all day. On the expert yellow route the caliber of riding was off the scale and had to be seen to be believed. Young Eddie Belton (taking a break from his usual high speed antics!) was riding well but ended up breaking his bike and recording a DNF. Stanley Delany rode very well but with bogey section 3 costing him 20 marks alone it ruled him out of fighting for the win. That was left to 2 youngsters who have grown up in the Braintree Academy; Jack Holmes and Fin Penny to fight it out. Both had only started riding Osets when introduced to them on this very piece of land at the first ever Junior Academy several years ago. Jack cleaned the huge log on section 3 on 2 of his 4 laps which frankly was spectacular on such a small bike. Fin ended up taking the win and the Oset Cup on just 23 marks dropped by being very consistent as usual and using his dabs very wisely. Lots of fun was had by all and the club looks forward to bigger and better Oset Cup events in the future. 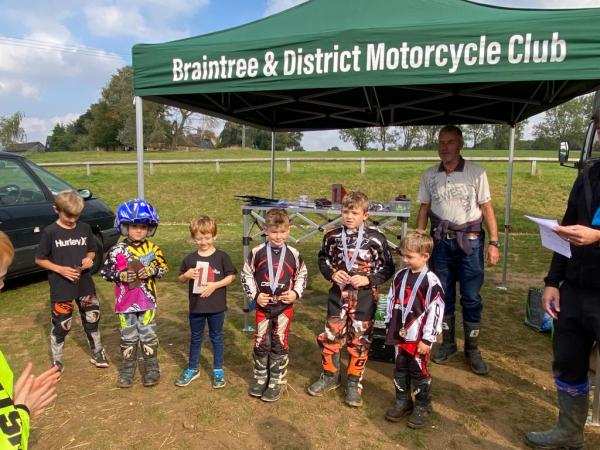 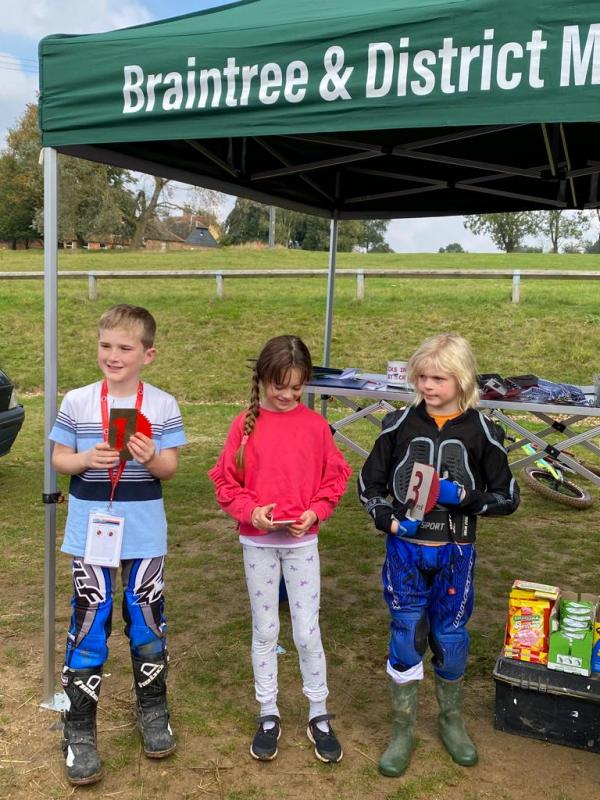 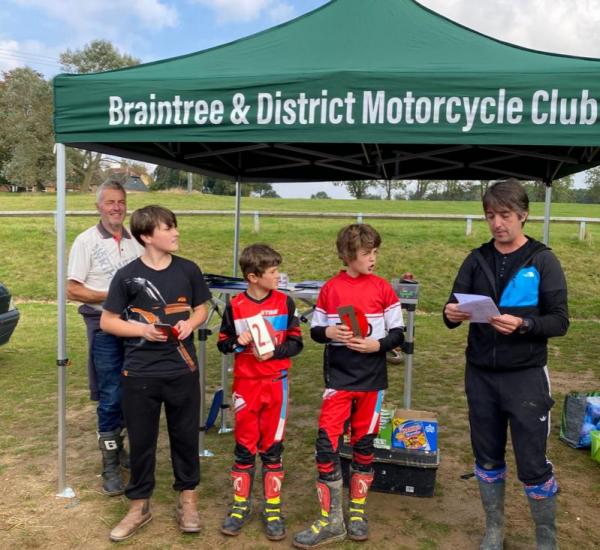 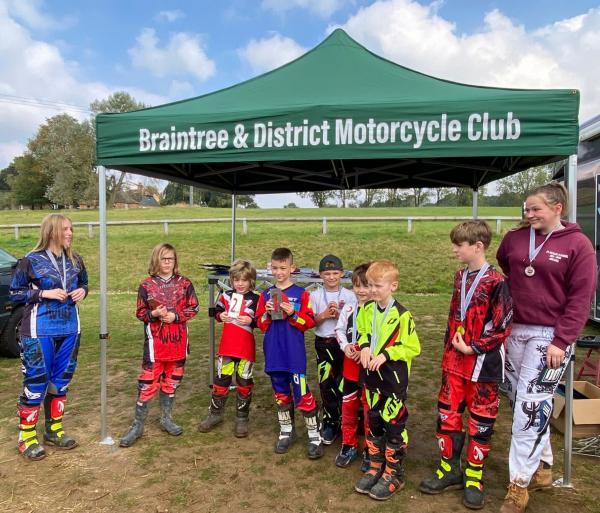 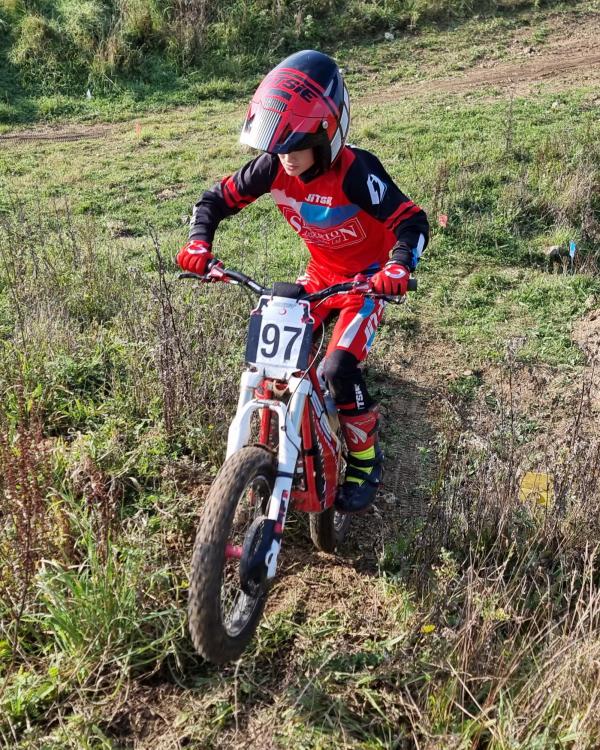 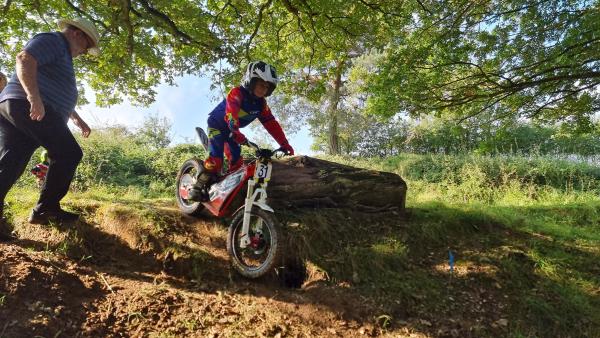 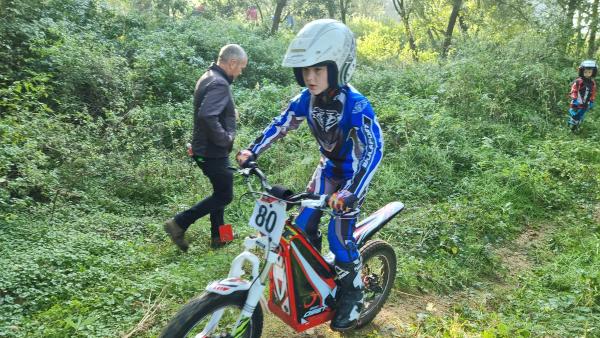