Marquez!  Brownlee!  Murray! Williams!  Charlton!  All famous sporting siblings.  In the world of motorbike trials Team Smith is the latest sibling duo to prove the power of family traits and demonstrate that perhaps success is in the blood?

The original Smith is Oliver.  He is the OS is OSET Bikes.  Initially seen as a novelty bike when launched in the UK in 2007, Oliver was the only electric-bike rider at national level.  A genuine trailblazer, Oliver competed across the UK and in the USA, to demonstrate the power of electric.  A regular podium finisher and now 18, he paved the way for his younger brother Elliot who has taken electric to the top step and is British ACU Trials Champion for the second consecutive year. 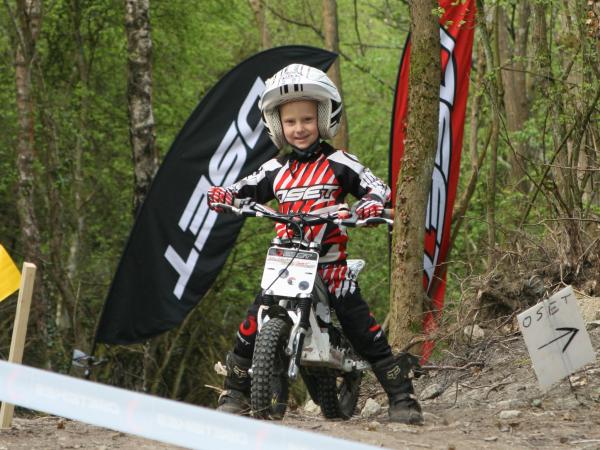 Elliot Smith (10) could hardly avoid catching the motorcycle bug. His father Ian, built the first ever OSET for his older brother and as soon as Elliot could walk, modified the original 12.5 with an extended ‘remote’ throttle so he could ride…before he could run!

Dad Ian explains the difference between the two boys: “Oliver and Elliot are chalk and cheese when it comes to bikes.  Oliver was 100% bikes before he could even stand.  He is a technically gifted and natural rider.  Elliot however, had his head turned by everything and anything that looked fun! For years I thought bikes would just be an also-ran hobby for Elliot.  Something else he did alongside football, scootering, skateboarding etc.

“But, although the bikes have often played second fiddle to whatever else he was into, they have always been there.  OSET’s tagline is ‘Taking Fun Seriously’ and actually Oliver and Elliot epitomise that.  Oliver has been more serious about competing at the highest level, where Elliot has always made having fun his priority.

“Elliot rides at his best when he’s enjoying himself.  And to be honest that’s true of most riders, of all disciplines.  He doesn’t take himself seriously, he has fun but underneath he’s determined and seriously knows what’s needed to be a champion.

“We may need to change what OSET stands for from Oliver Smith Electric Trials to Oliver Smith and Elliot Trials!” 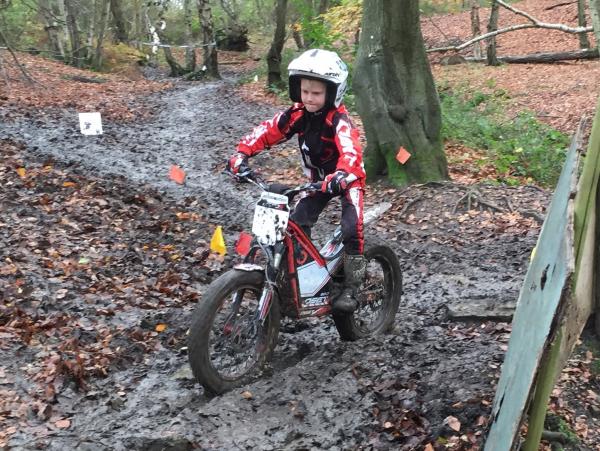 Elliot has won his British Trials Championship’s on two different bikes.  His OSET 20.0R in 2018, and the latest on his 24.0R Jr when he moved up to the next class.

He says the biggest moment of his riding career so far is when 12 times world trials champion Dougie Lampkin came and congratulated him after the final round. It was such a sincere moment that it proved surprisingly moving for the young man from Bexhill, East Sussex.

Elliot has taken the mantel from older brother Oliver to often be the only electric bike competing against 80cc and 125cc petrol machines.  In a world moving towards electric power, this young man flies the flag for battery power, advocating electric all the way. 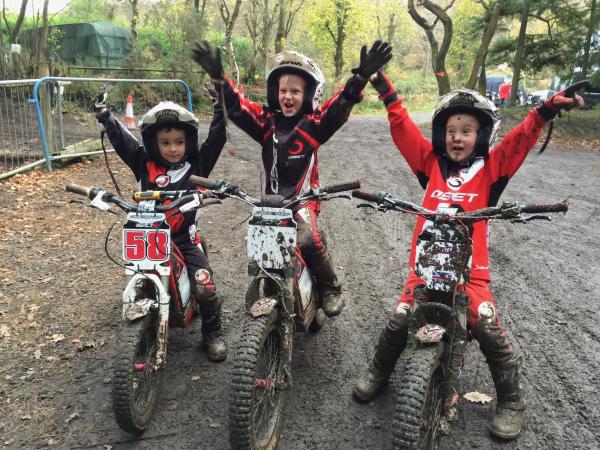 Father Ian is now feeling the pressure to provide a bike that will do the job for Elliot in 2020 and beyond. The work is going in at OSET HQ, so this should hopefully become a reality. Elliot’s dream is to go as far as possible in trials… on electric bikes. He may be the first, but will certainly not be the last!