NO BROKEN HEARTS AT BREAKHEART

Huge thankyou to our observers. Julia Watson, Sarah Cumberland, Nick Godfrey, Kelly Reynolds, Claire Pimley, Bev Cumberland, Ray Pekala and everyone who picked up a board on number 7.

One huge thankyou must also go to Ray Pekala. Without Ray, this event would have been impossible for us to stage. Ray spent ages chatting with me, relaying messages, showing me around, and giving me, advice and he got most of the course in before I could get round with the factory wheelbarrow! Cheers Ray.

We are very fortunate to be able to have staged our final championship round at Breakheart Quarry in Dursley. Setting out was tough due to the nature of the terrain. 8 physically demanding sections were set out and seemed to challenge everyone despite some low scores.

The white route had 5 riders for this final round. This was probably the most challenging trial for the beginner riders of all the rounds. With some loose rocks and tricky banks to challenge them. Emily Thompson took the win on her new OSET 20.0 with 24 dropped, & just edged in front of Seth Jenkin, who had a great ride at the quarry. Ruby Wareing had her best finish of the season in 3rd. Ruby started on my section 5 and had a nervous start but grew in confidence as the trial went on. Zach Woolley was 4th in his first ever trial. Huw Edmunds started the trial but unfortunately didn’t manage to finish on the day. 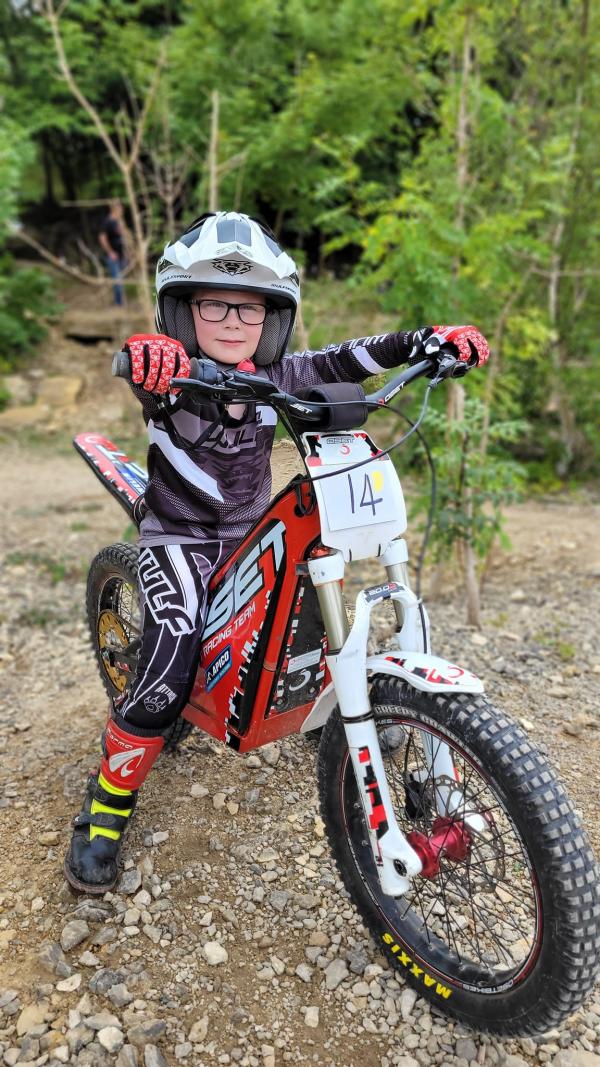 The yellow route is always the biggest and this time, Kasia Pekala – Dayment was on home ground. Kasia looked cool as a cucumber as she rode round the quarry, dropping just 9 points and taking the win. Amelie Godfrey had a season best result in second, 4 points back. And Daisy Brookes was 3rd, an impressive result behind the OSET 24.0’s, considering her 20-inch TRS would have been at a disadvantage on the rocks. Great to see another all-girl top 3! Oliver Edmunds was close to that 3rd place though, 2 points behind Daisy. All riders were quite close together. Krystian Pekala-Dayment, followed by Louis Wood, Lestyn Woolley, Braeden Bryson-Podesta, Harry Brookes and Harper Oliver. All rode very well when I saw them through my section and others near by. Harry had a tough day out particularly, as he had bike issues and had to borrow Braeden’s bike. Harry still did a great job to finish the trial.

On the blue route (OSET Cup) George Turner had a great ride round. Looking every bit, the national level rider he now is. George took the win dropping just 4 points. Oliver Bird was second place; he was followed by Josh Wood, who had a few mechanical issues on the day. The two boys were very close points wise in the end. Harvey Reynolds had another impressive ride round with a respectful score of 44 dropped. Harvey could well be pushing the boys above him soon. 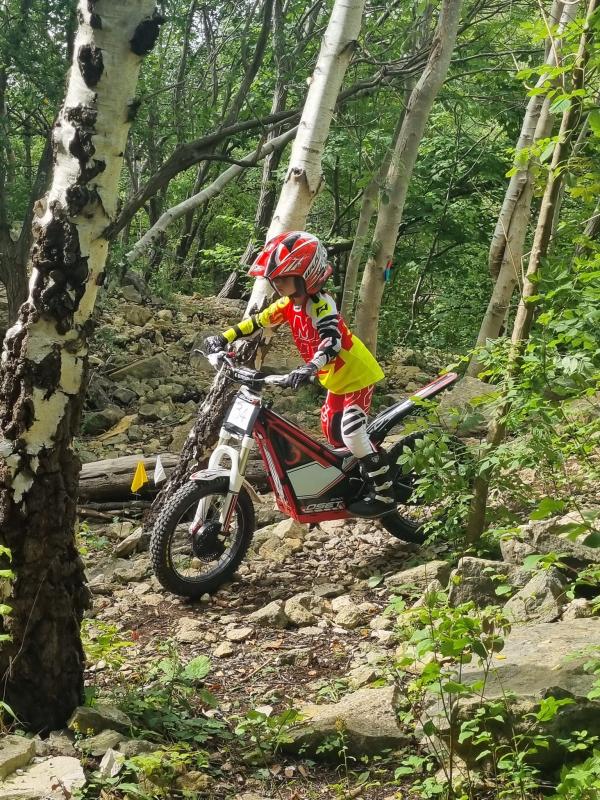 On the petrol side of things, George Wareing had a win and dropped just 2. George is just a bundle of joy as he makes his way round trials on his Beta 80, chatting to everyone he encounters. George found the trial quite easy, but I saw he had to work hard on the rocks! A very impressive score to stay focused for a couple of hours. Joseph Baker was 2nd place & also had a very good day on his trip up to us from the south. Max Hastings was 3rd place and Hayden Cope grabbed 4th. Four great little riders with big futures ahead of them.

The red (OSET Cup) was missing Sam Lefevre today, who has injured his hand. Sam should be ok for the upcoming national, and we missed him at the quarry. This left it for Samuel Millmore & Alfie Shaw to battle it out for the win. Sam eventually coming out on top. The venue was probably more suited to the bigger wheels of Sam’s OSET 24.0, than Alfie’s OSET 20. Alfie, as always rode his heart out and managed to clean some sections through sheer determination and hard work. It was also nice for Sam to get a win after working hard all throughout the championship, learning from the others.

On the petrol’s, Kayleigh Rich seemed to float gracefully around the quarry, barely putting a foot wrong. Kayleigh dropped 2 and still only just took the win, as Aaron Watson & Zach Reynolds were also in such fine form. The boys tied on 5 dropped and had to be separated by most cleaned sections. Marcus then ended up 4th, despite only dropping 8. Hayden Pimley was next, a few points further back. And in 6th was little Jack Rich. Jack decided by himself to try the red route. Having already wrapped up the title on the blue petrol route. Jack had a tough outing, dropping 70. Hidden in the hefty score line was some great rides. Thankyou to all who looked after him while I was busy. 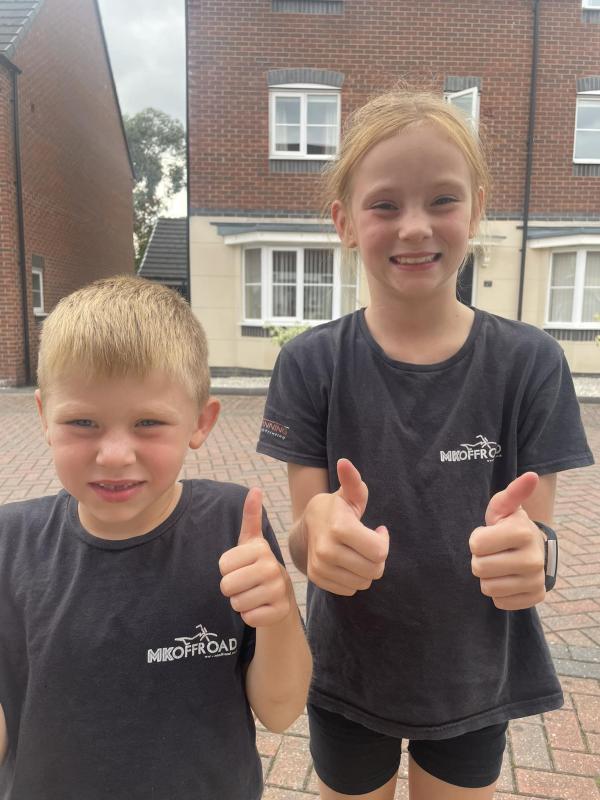